So I cant quite decide which to do first – warn you that this might turn into quite a long blog, or just post my ton of favorite Giraffe obsession pics and just get those over with and out the way…

Maybe you should go get some tea and settle in for a long read.

So I really don’t quite know what it is about giraffe, but it started out as just me loving photographing them – I don’t even know why I love photographing them, maybe its the challenge, one of the first things you learn in photography is how to get eye level with your subject. Photographing your dog? Get down to the same height as it instead of just shooting down at it and notice the difference. Anyone here know how to get eye level with a giraffe – please let me know! Well anyway it was while shooting (photographing) these beautiful creatures that I realized what characters they are. I almost always have giraffe posing for me – and they are super good at it Ice Models should really consider hiring some of them, and they do it so casually. Its really hilarious! 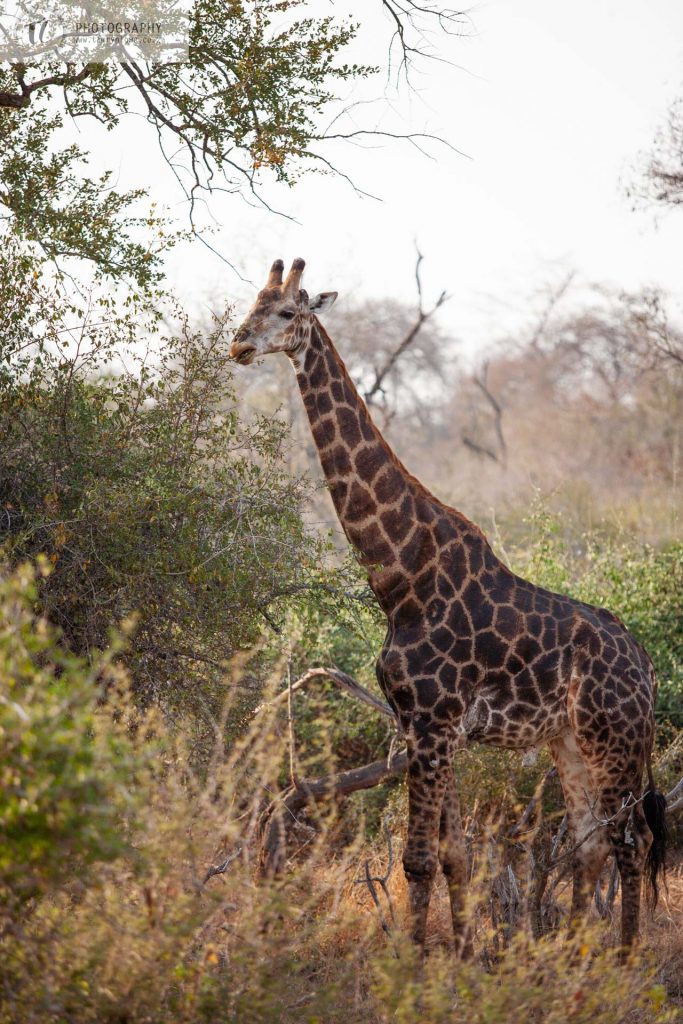 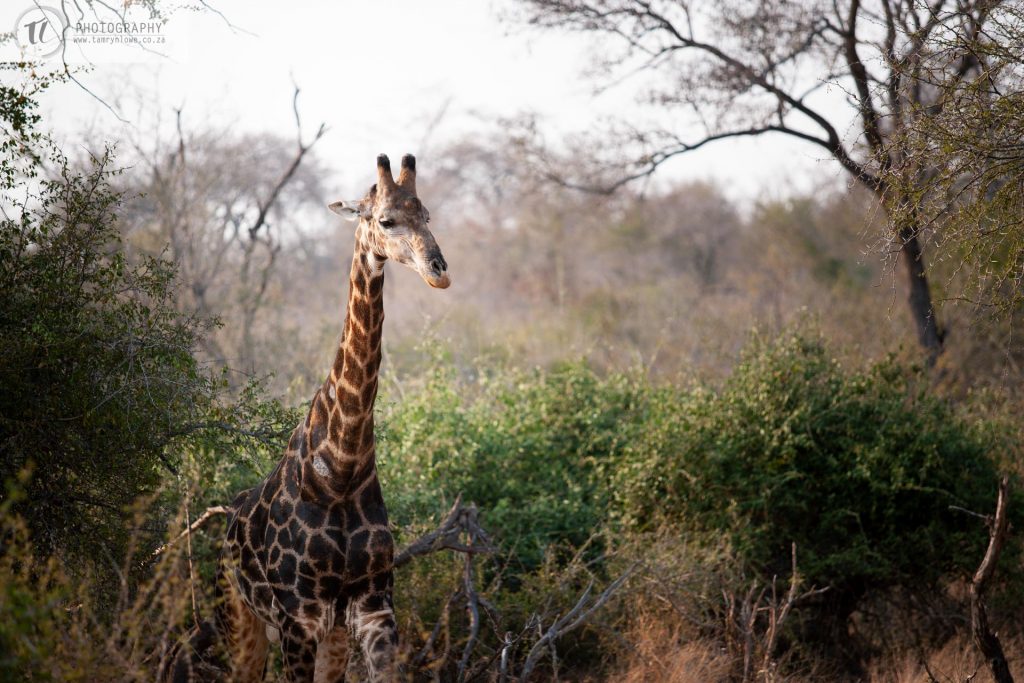 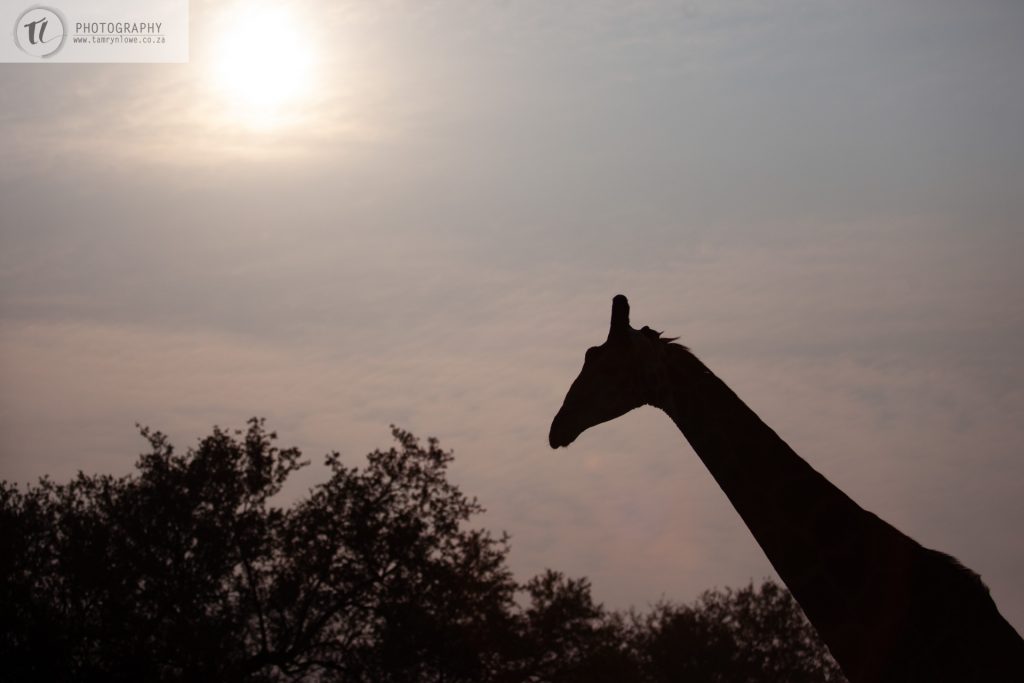 Kruger Park is pretty popular, especially the Southern parts, but there are a ton of people in South Africa, and yet some how I always bump into at least one of the few people that I do know – it crazy. We stopped at this one little picnic spot and I bumped into a friend who had spotted this bird on a small bush in the middle of the picnic area.

Fun story – we also almost got attacked by monkeys at this stop! We were trying to cook ourselves some breakfast and had to constantly chase away the monkeys, unfortunately they aren’t very scared of humans, and us humans were very scared of them! 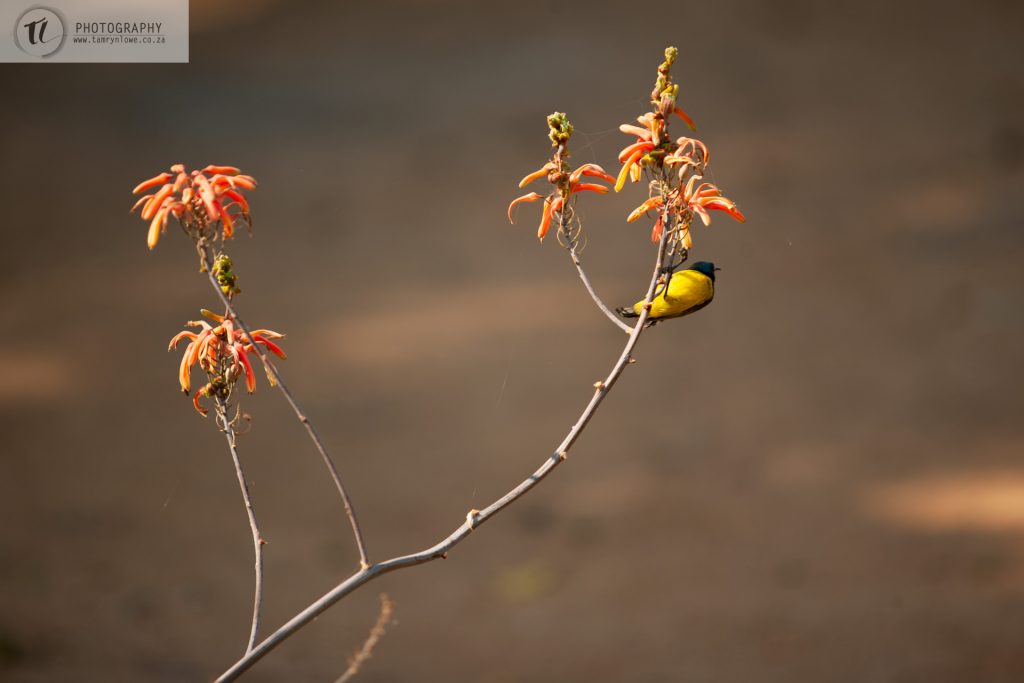 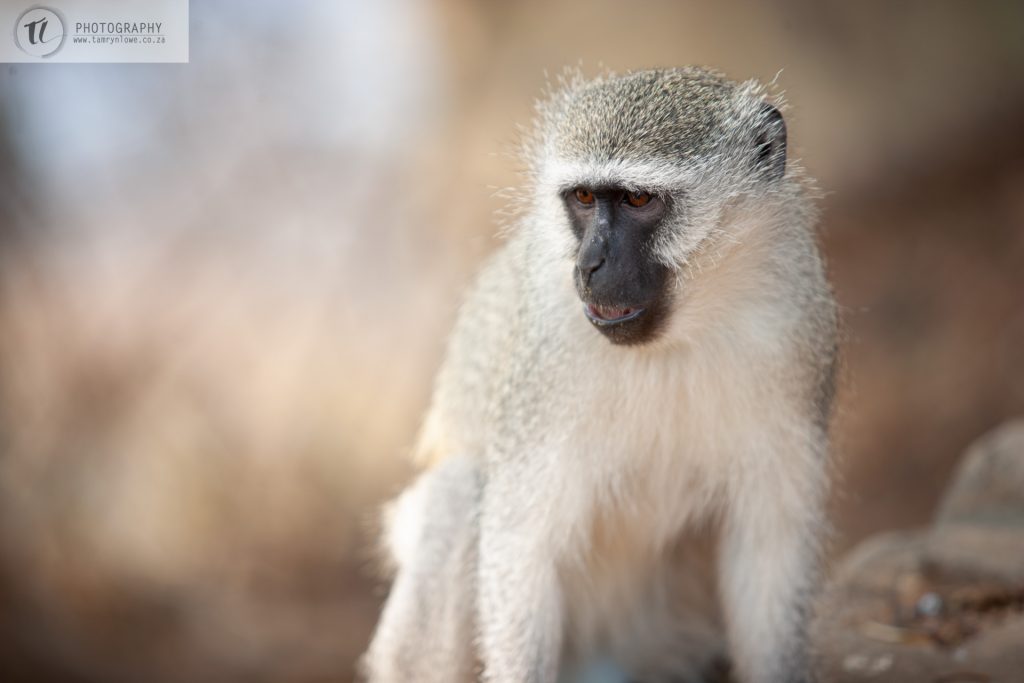 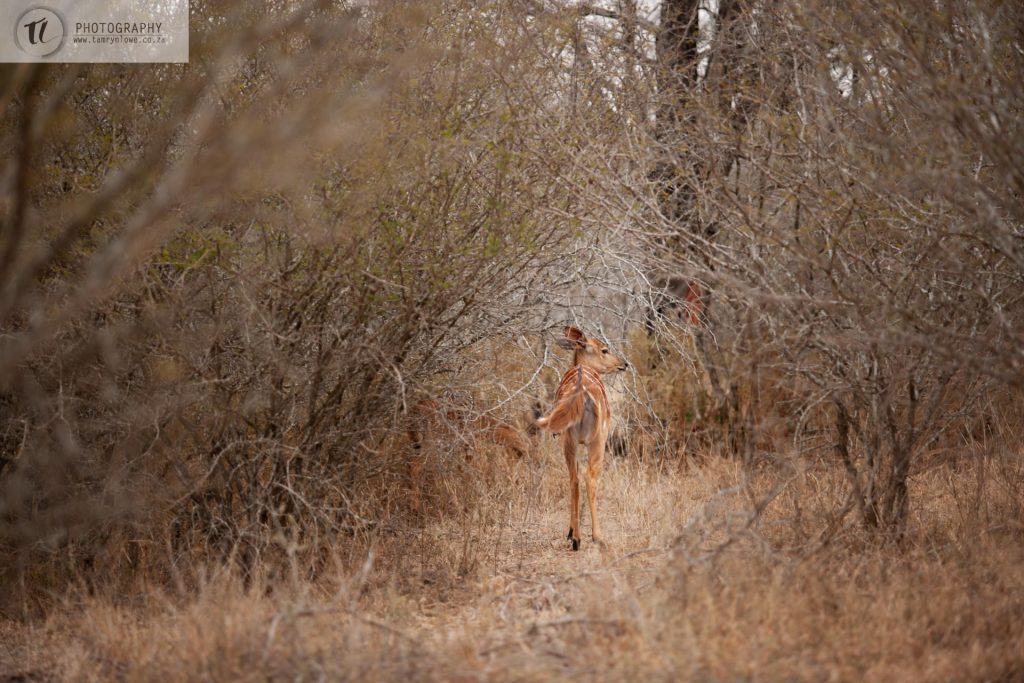 Ground Hornbills are cool right? And they endangered so I always feel sorry for them and sort of feel a bit protective of them – well these guys changed my mind! We were casually driving down the road when we spotted them, we instantly slowed down and were thinking how super cool it was when they started walking straight up to the car. Next thing I know the bugged is busy pecking away angrily at my car. I drive off as quickly as I can without hurting any of the others just in front and to the side of my car. And went off around a little loop in the road. As we were coming out the loop we saw them again. We stopped when they came walking towards the car again, which in hindsight was probably a bit stupid, but I was convinced the light must have just been hitting my car wrong or something to annoy these guys so much, but the buggers just came straight back to peck my car again! Its safe to say I no longer trust these guys and will enjoy seeing them from a distance in future. 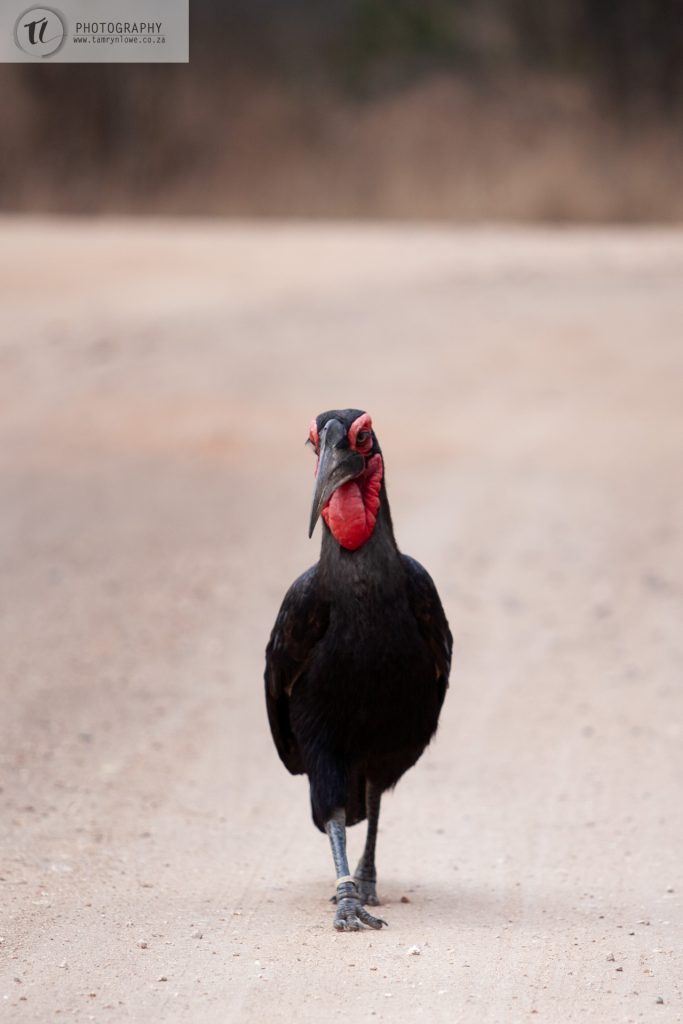 I have always wanted to go up to the lowest known Baobab in Southern Africa and have a look at it – yet most people are more interested in seeing cats and dogs in the park. This time I got lucky and the friend I went with was also keen to head up towards Satara and detour past the baobab tree. So off we went into the wilderness as the gates opened – it was still dark and it was freezing cold, but we wanted to go see the baobab. We drove for quite a bit in darkness, not seeing a thing, when slowly it started to get lighter. We reached this bridge just as it was light enough to see around. We stopped at this spot watching the river and hoping to see an animal come down for a drink when we saw the sun start to rise. At the same time the birds started to chirp, we saw a hippo come back to the water and we heard a fish eagle call. I think those few minutes were some of the greatest few minutes of my life. I freakin love Kruger! 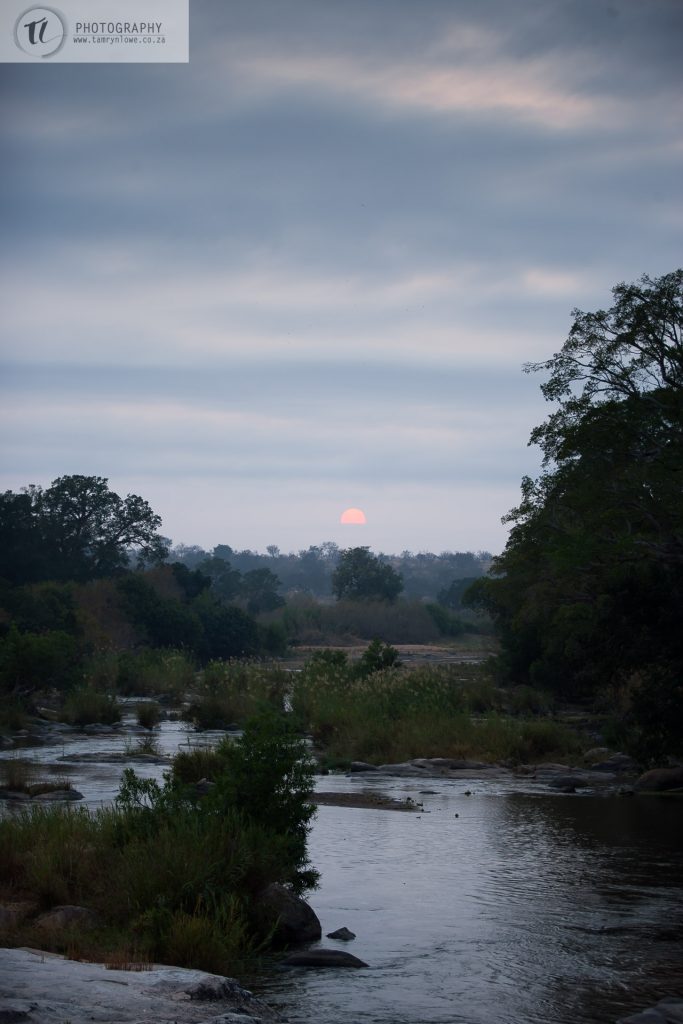 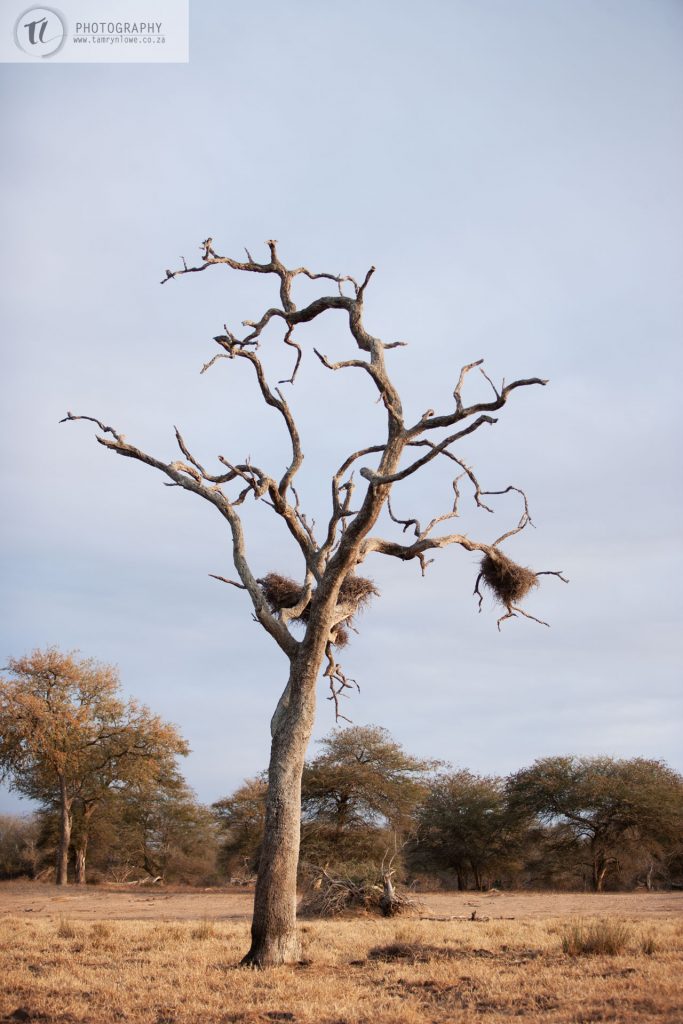 A little bit further up the road we came around a bend and there was just this long straight road ahead of us. Off in the distance we could see these buffalo crossing the road. I’m weary of buffalo, they are huge and I don’t want to find out what kind of damage they could do to a human or car, so I stop a comfortable distance away from these magnificent beasts and sit and watch them. Next thing we know we are completely surround, they are on either side of the road and both in front of us as well as behind us – but they were all so calm and quiet I really wasn’t too worried about them at all. It definitely helped that they must have been a bit afraid of us, as they never ventured too close to the car, unless it was to peak out around a bush or tree and then wonder off along with the herd again. 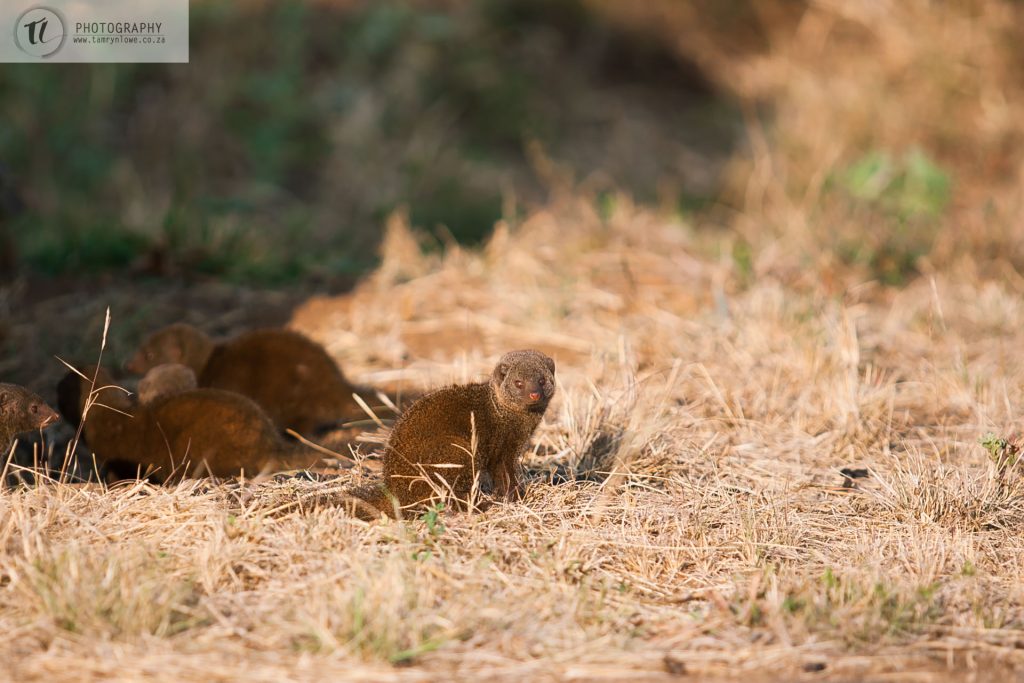 How freaking cute are these little guys! 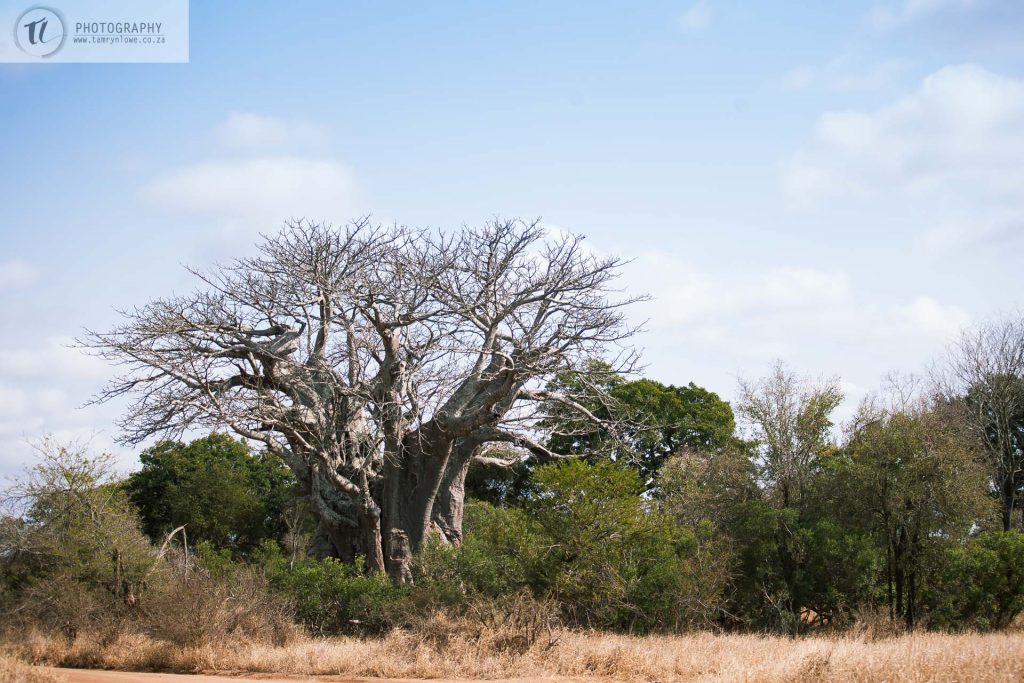 And most important of all – the southern most Baobab Tree – Just imagine how pretty this tree must be at sunrise or sunset! 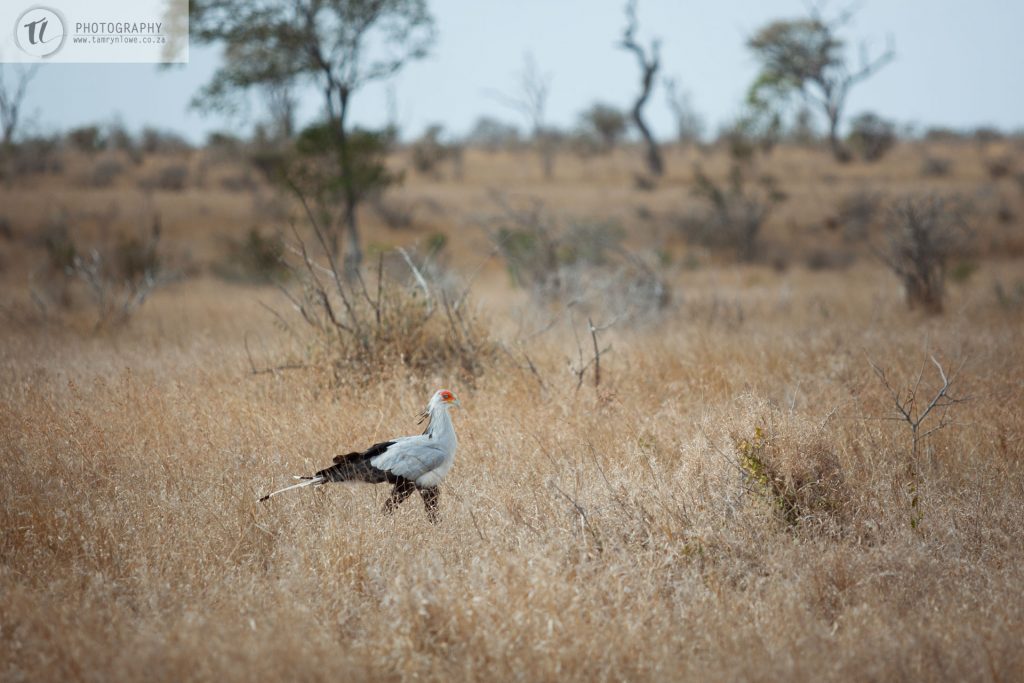