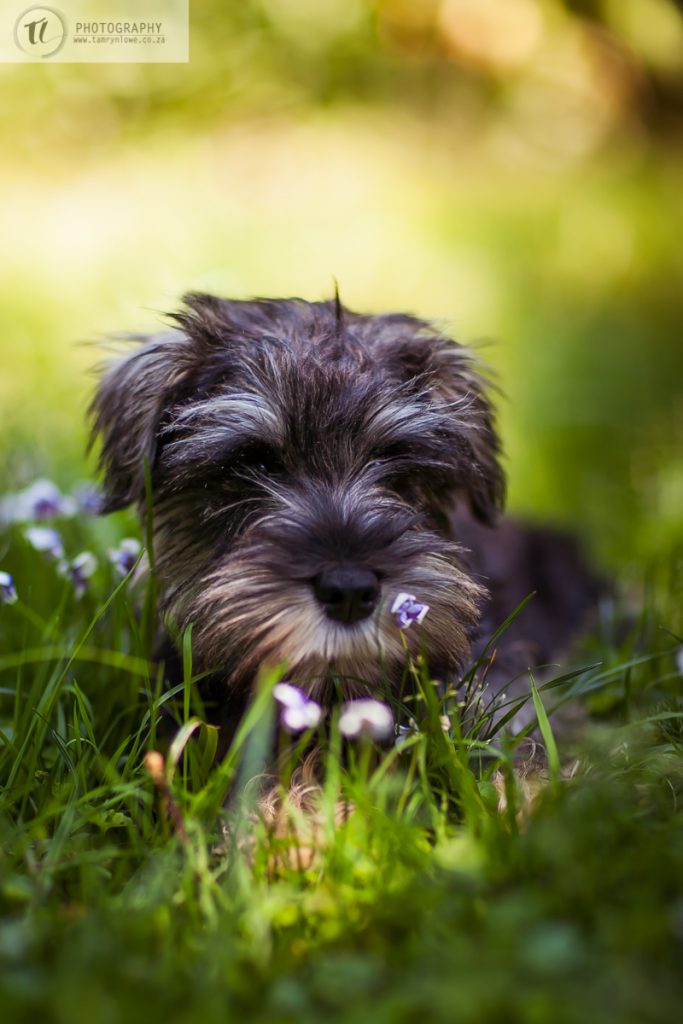 I met Roger first, just a few weeks before Marvin joined the family, and it was definitely love at first sight, at least for me (although I have to admit I do believe every dog I see, whether it is in real life or just online, I fall in love with. But little Roger was different, it was an extra special kind of love).

The hardest part about photographing dogs is to get them away from you long enough to actually get in a shot, and with little Roger this was especially difficult. You could see he was used to being close to people and was clearly very confused about why he had these people there with him, but they were trying to make him sit away from them. He is especially attached to his dad, Andrew, and when I say attached, I don’t just mean emotionally. He seemed to think he should be physically attached too, and was either sitting up close next to Andrews legs or busy chewing on his feet almost all the time! Fortunately for me, and for the sake of photos, we managed to wear little Roger out just enough to squeeze in some cute shots of him on his own – I will admit this was a slightly exhausting task. We would run around the garden or playful chase little Roger around, and the moment he stopped to quickly catch his breath or for a quick lie down we snapped a few shots. 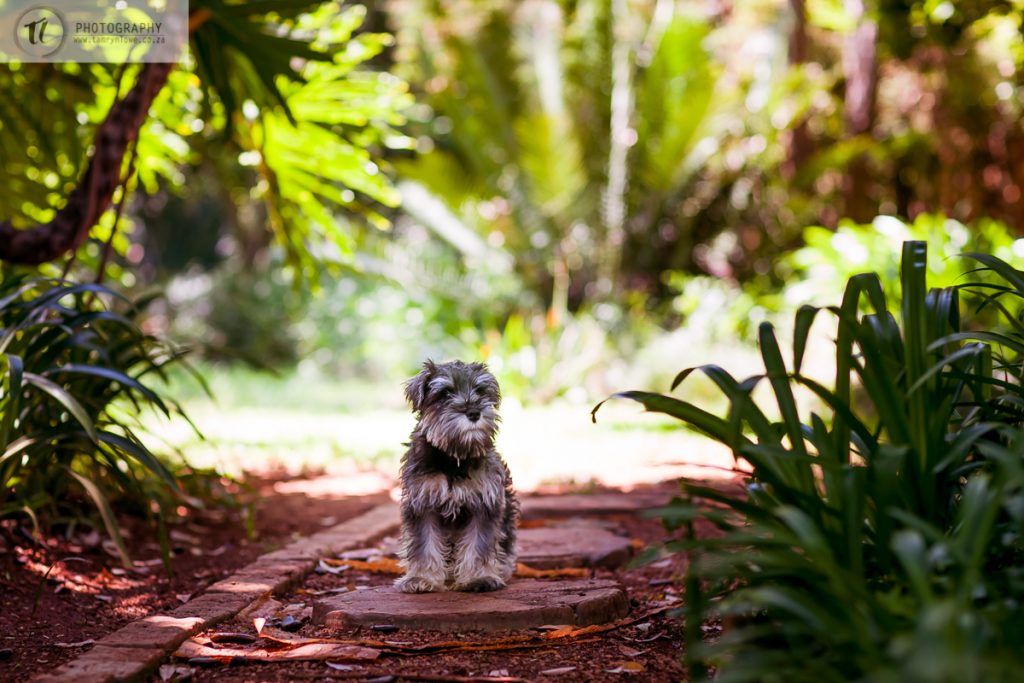 A few weeks later I was back! 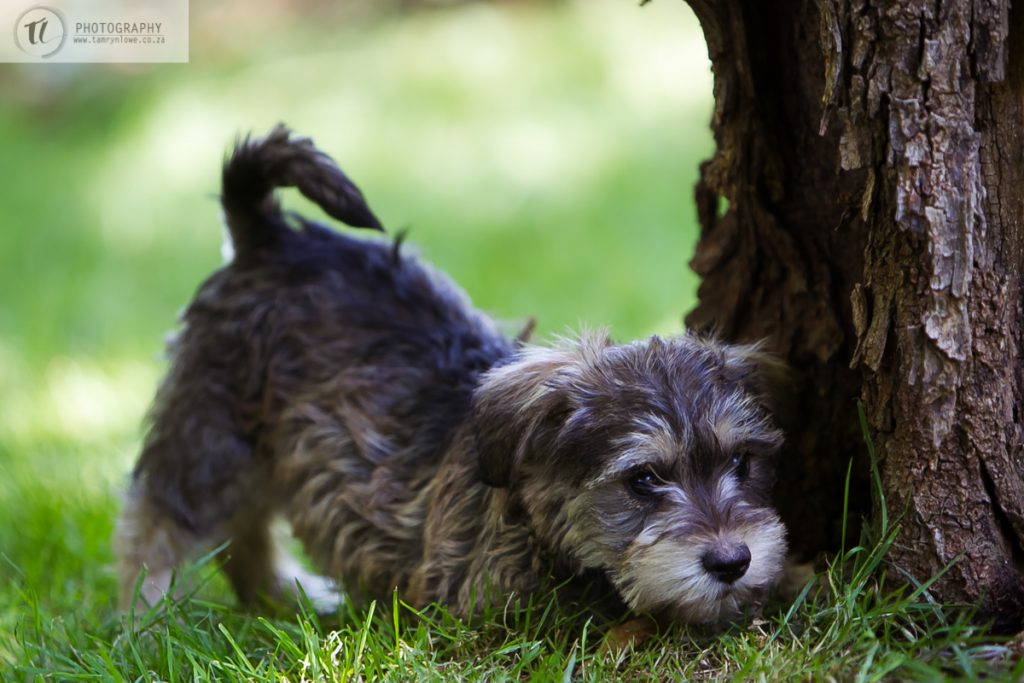 Marvin had just joined the family so of course I had to be there to photograph the cute little puppy. Little Marv is a a cross breed Schnauzer and Yorkshire Terrier. I don’t know much at all about either breed, but my aunt recently got a Yorkshire Terrier and she is the cheekiest little thing I have ever come across – Marvin isn’t far behind! Where Roger is always calm and just seems to want love and attention, Marv just wants to bite and play (while making the cutest little sounds).

Since Marv was still so new to this family (and to the world) he had never yet gone on his first little outing to a dog park, so it was decided that his friend Leo would be joining us on a little outing to the dog park! 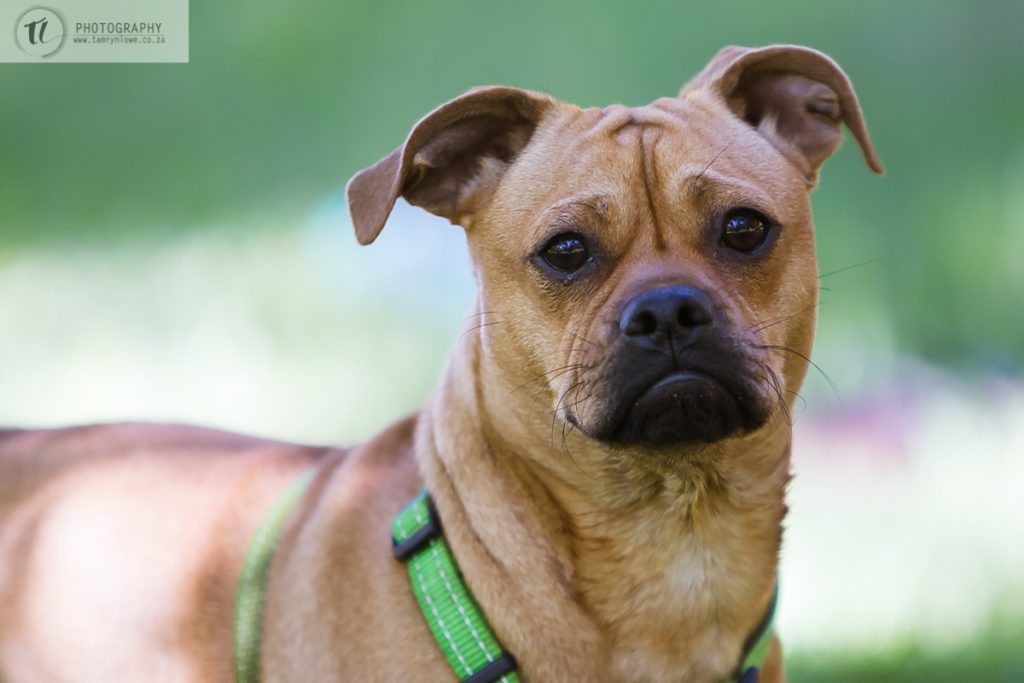 Leo is wild!! He is this amazing little ball of energy that just doesn’t stop! He is also built like a body builder on steroids, and we all joked about how whenever the family goes out little Leo drops down and starts doing push ups and bench presses – with his build I almost wouldn’t be surprised.

It was very clear that Leo absolutely loved the dog park, he couldn’t seem to get enough of all the smells, all the people and all the activity going on around us. He ran around for ages trying to sniff and see everything!

Roger also seemed to love the park, but in a much calmer and more composed way. He casually ran along side us as we walked along, stopped and sat by us when we stopped and really made no fuss at all – he even pose on a rock for a few photos.

Little Marv I’m not quite sure about – he seemed to love his walk (he actually ran the entire time) but every time anything happened he would whine, if he walked he whined, if we carried him he whined, if we stopped and rested he whined, when we were in the car he whined – I’m pretty sure he was absolutely loving his time, but just found the whole experience slightly overwhelming, because the moment he got back home all the whining stopped and he had regained all his  attitude enough to take on little Leo at every opportunity he got.