Whenever I’m in Durban we go visit my sister and her horse over weekends … I love Legend (her horse) but seeing him for a few hours on each visit is more than enough for me. And watching her ride and school him really gets a bit boring after awhile. So on this day I had managed to get out of watching her ride and catch up on some much needed sleep… My nap came to an abrupt halt when I was woken because Caity wanted a fancy dress shoot with her horses too! This sounded like a brilliant idea!! I absolutely love photographing Caity! Still half asleep I stumbled out the front door to see what the light was doing and to try judge how much longer I could continue my nap for. Well the light was stunning! So off I went down to the stables to get Caity and tell her to quickly get changed so we could start the shoot.

A few minutes later Caity comes out in this stunning red dress that for some bizarre reason she has decided she doesn’t look good in. We raid her moms pretty garden and start the shoot. 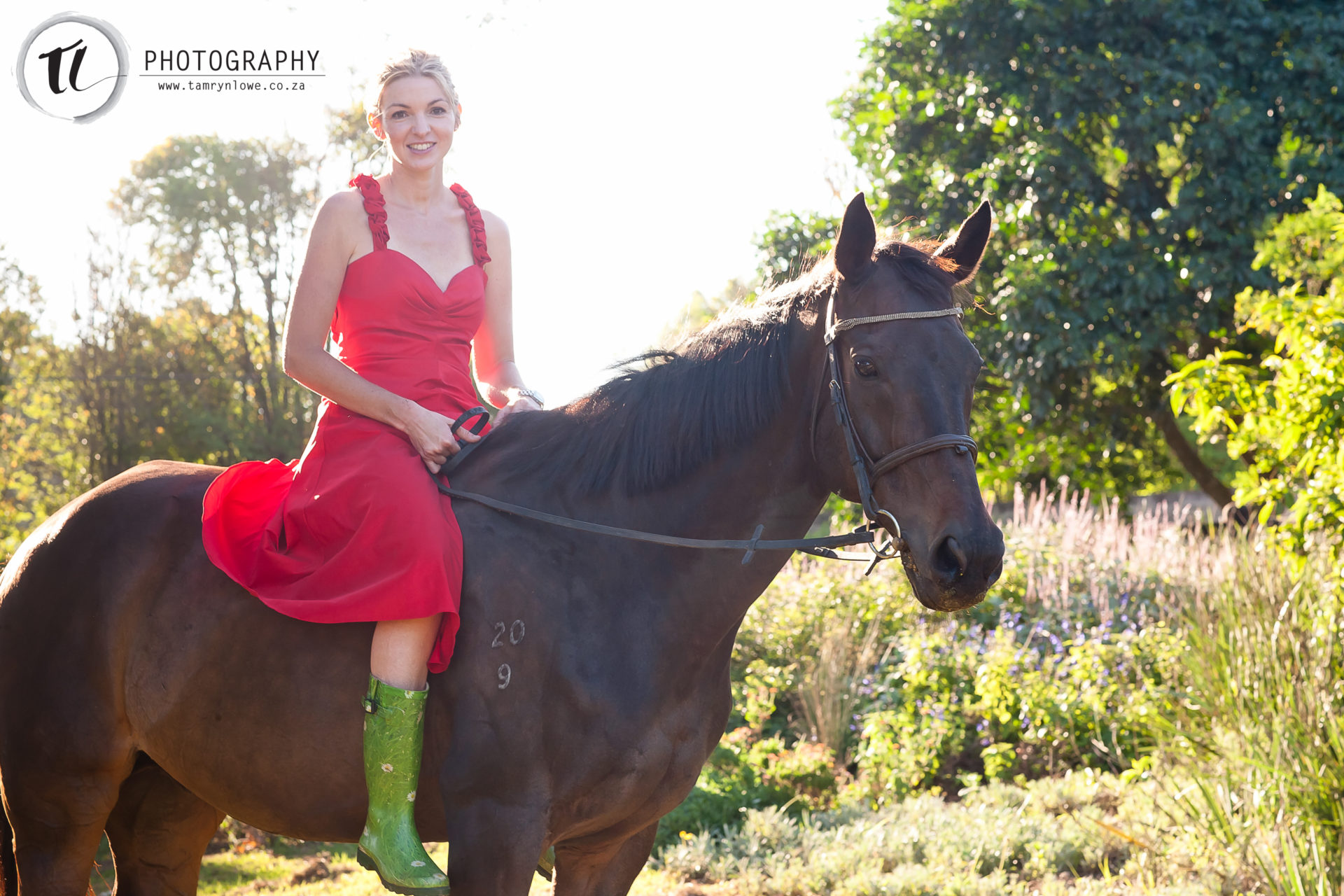 Unfortunately Caity’s one dog who hadn’t recognised her for the past few days chose this day to recognise her and not leave her side the entire time we were shooting in the garden! He just wanted to be near her and right by her side, he also brought with him the whole pack of other dogs and trying to get just Caity and Irish alone in the picture was quite a struggle! 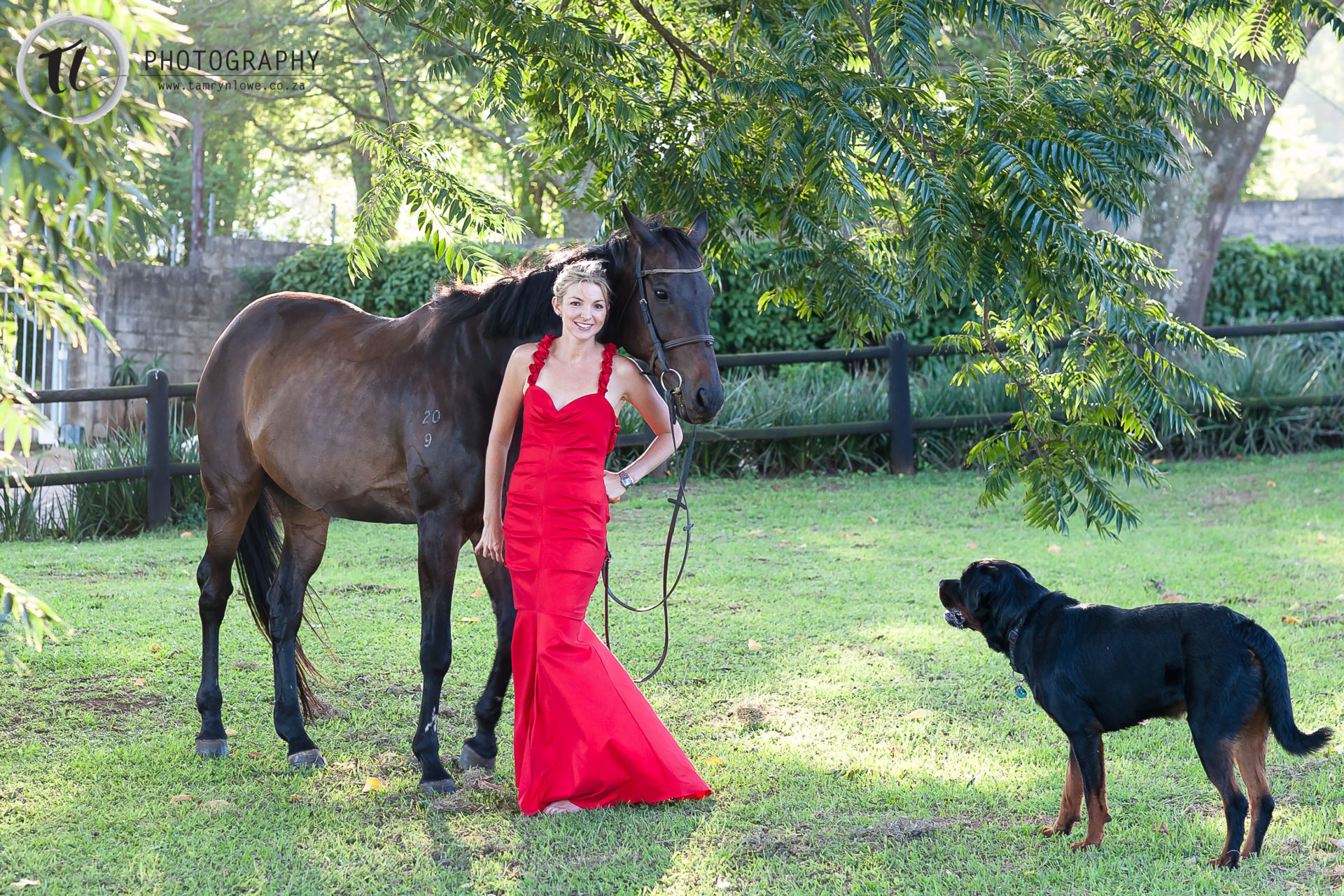 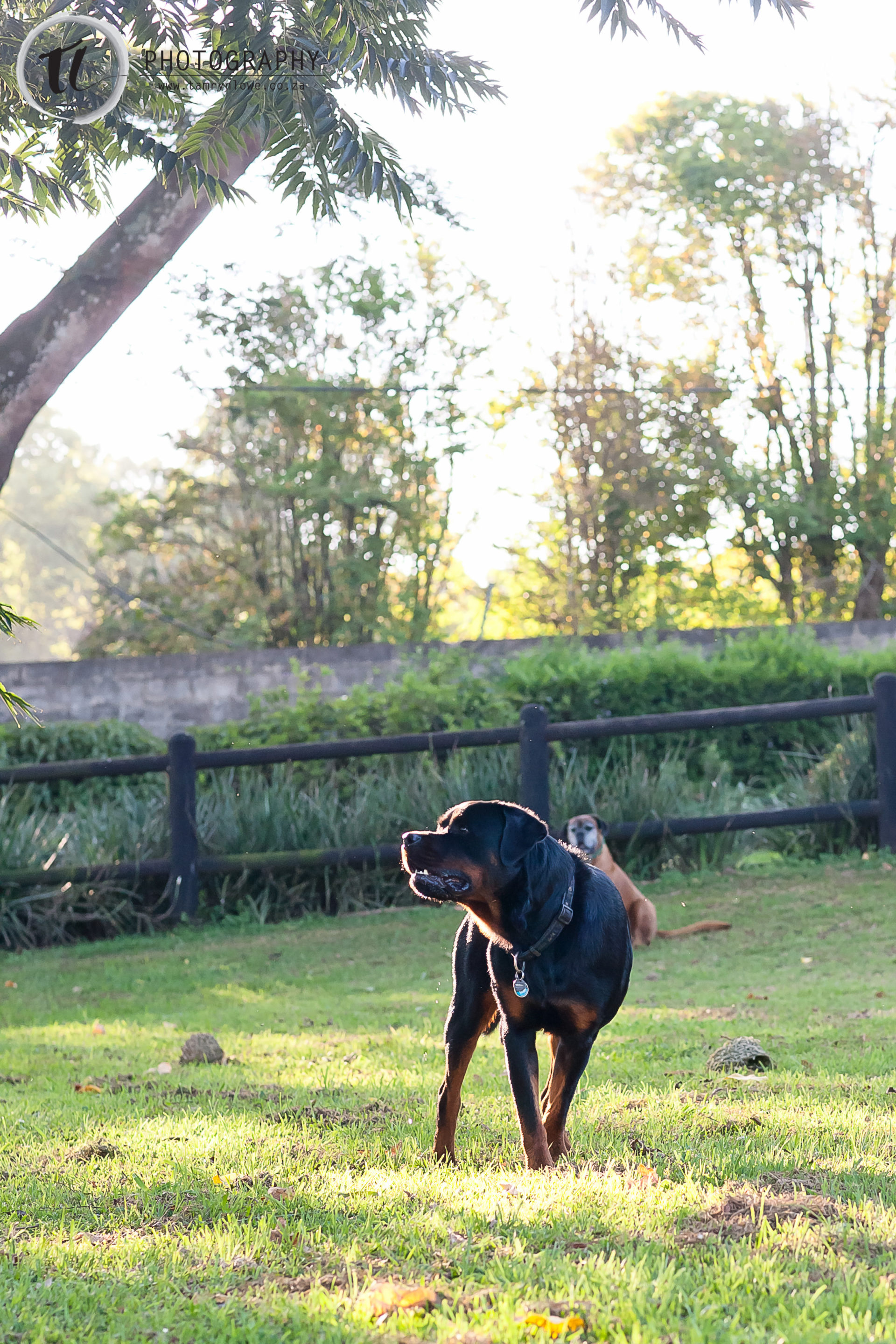 Poor Blue was very confused about why his mommy kept chasing him away and wouldn’t let him stand by her… Thank goodness she did though so we could get some decent shots!

We had just finished in the one spot in the garden and were moving on to the next when Caity’s mom, who had been watching the shoot, signed loudly and announced how pleased she was that the shoot was finally over because apparently having so many photos taken must really be awful. I think she must have been slightly horrified to find out that the shoot was still just beginning and those were just the very first few photos! 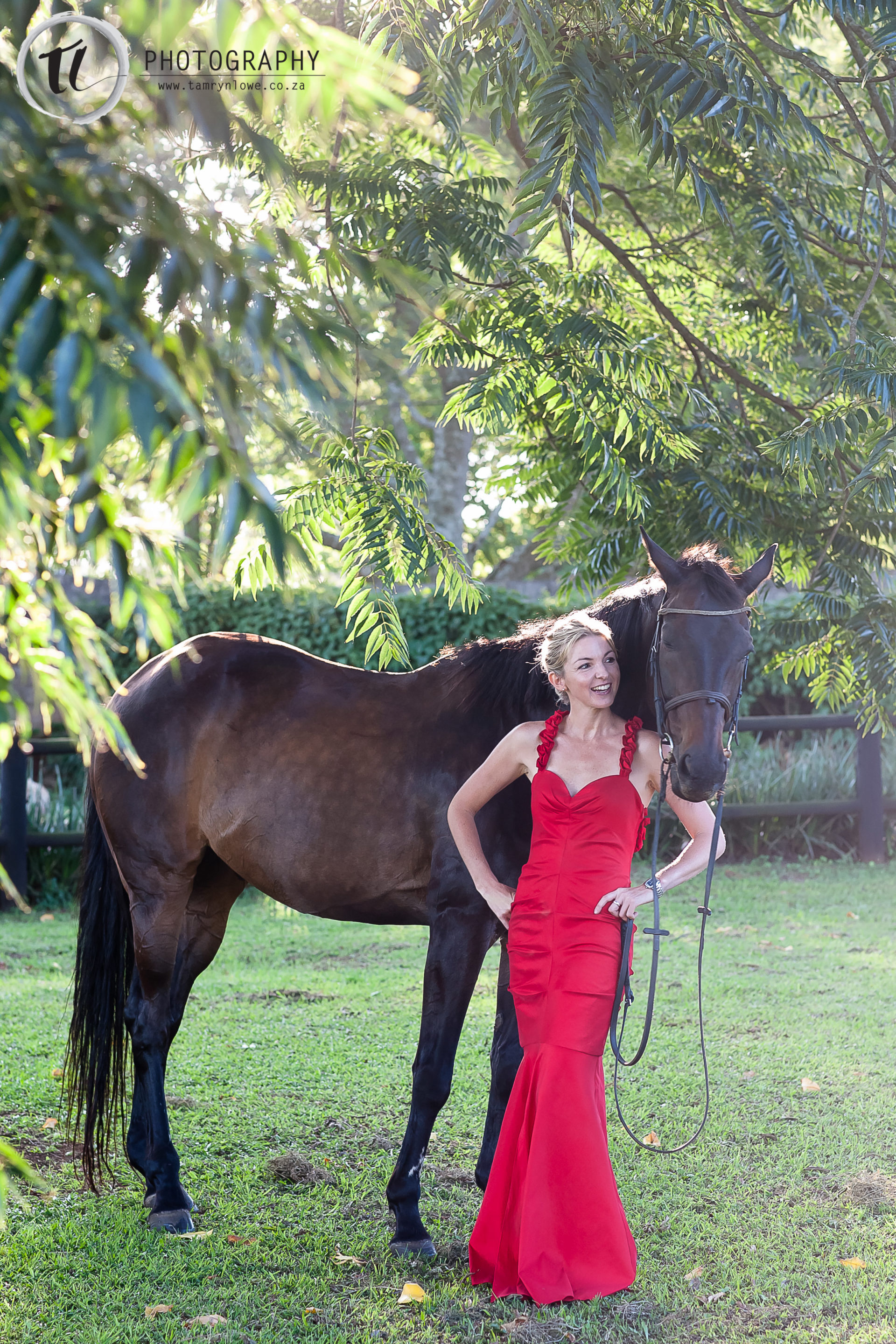 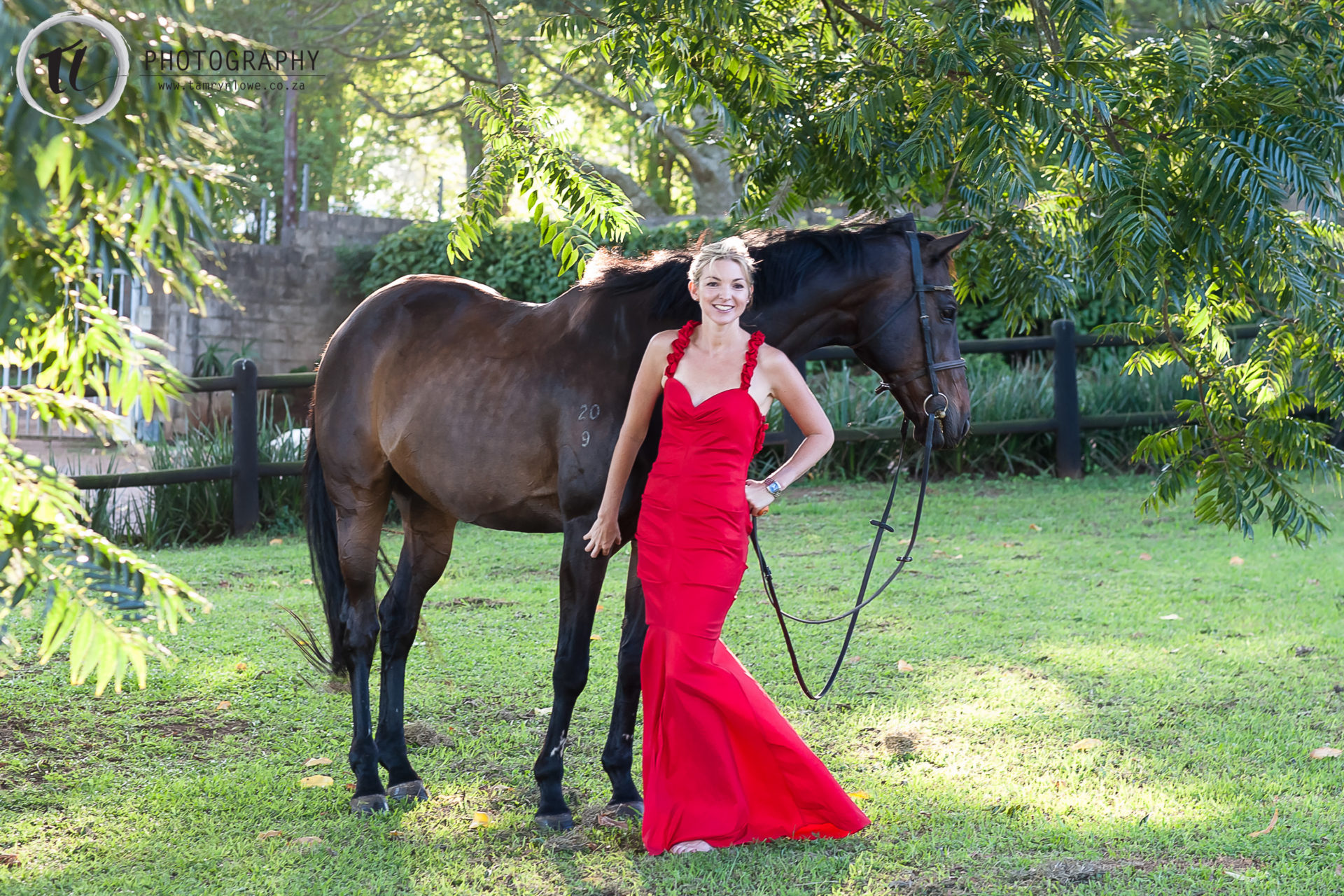 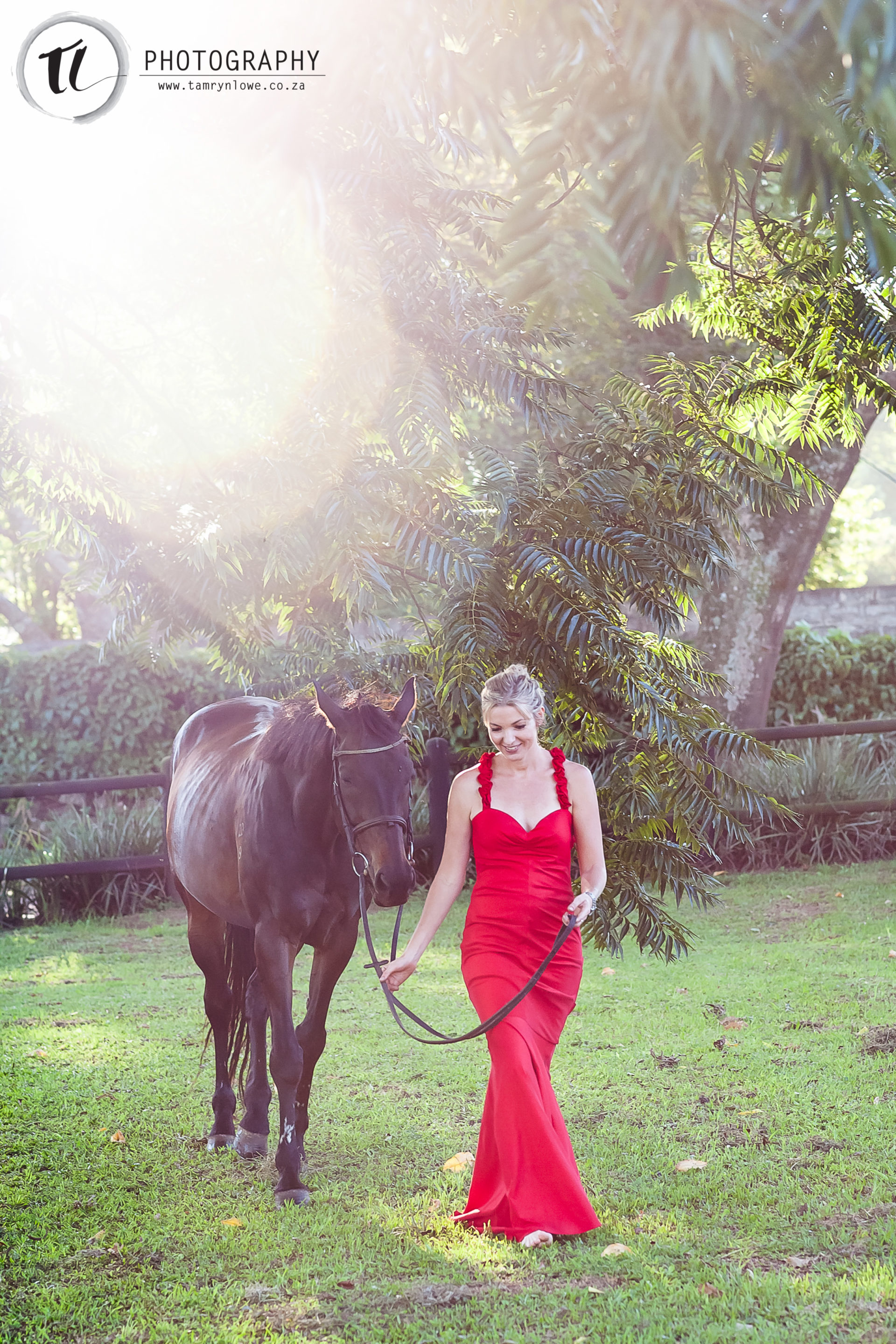 I’ve photographed Irish before and usually he is a super easy horse to work with. His ears are normally forward and he’s pretty much game for any crazy stiff we do. When I saw he didn’t look to happy I just presumed the dogs must be distracting him and with a few people gathered around watching I thought it would be best to move down to the lunge arena further down the property where there would hopefully be no dogs and less people. 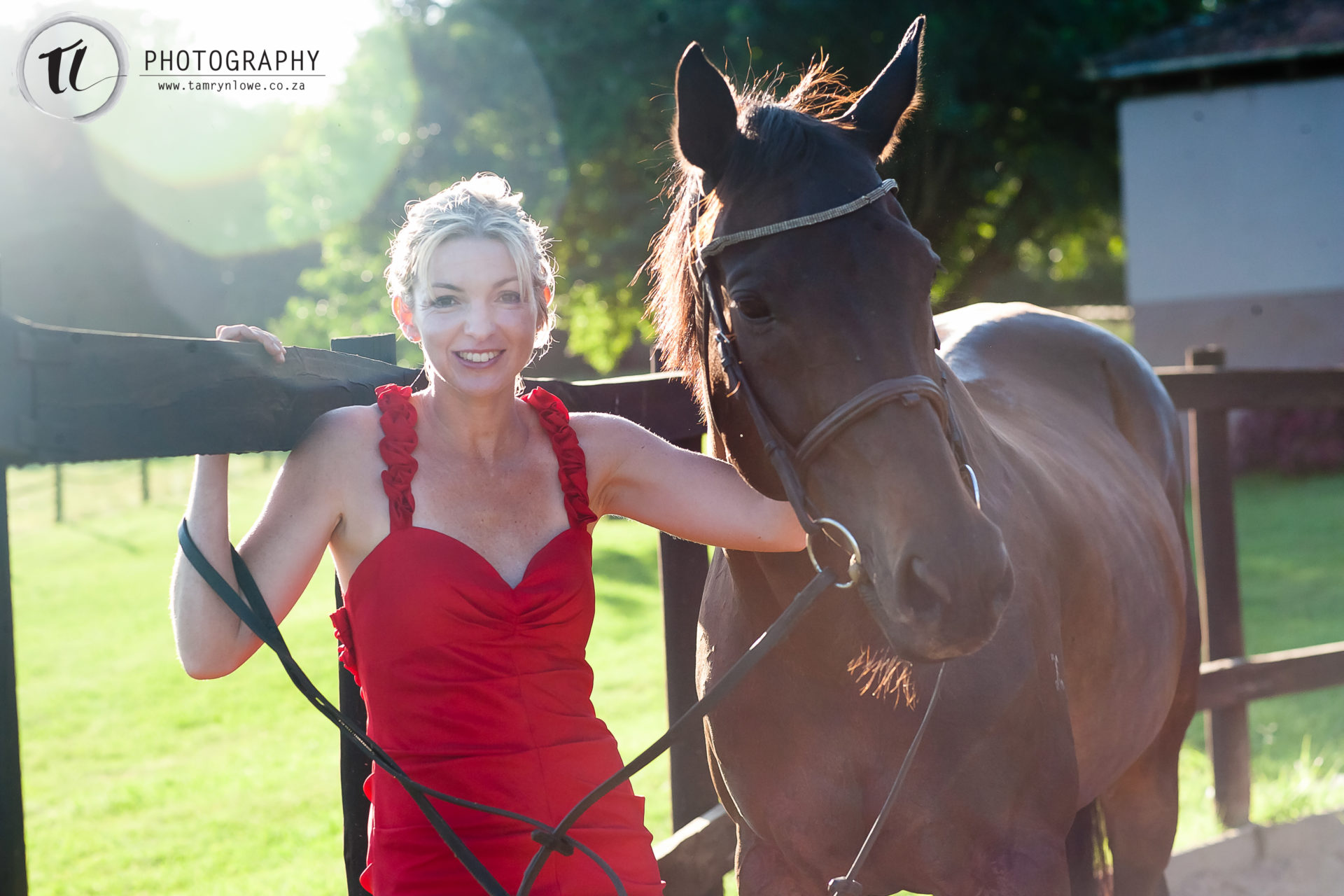 Here we discovered that if we made a noise with some food in a bucket he would flick his ears forward for a second and then we could get a good picture, but still he didn’t look happy. 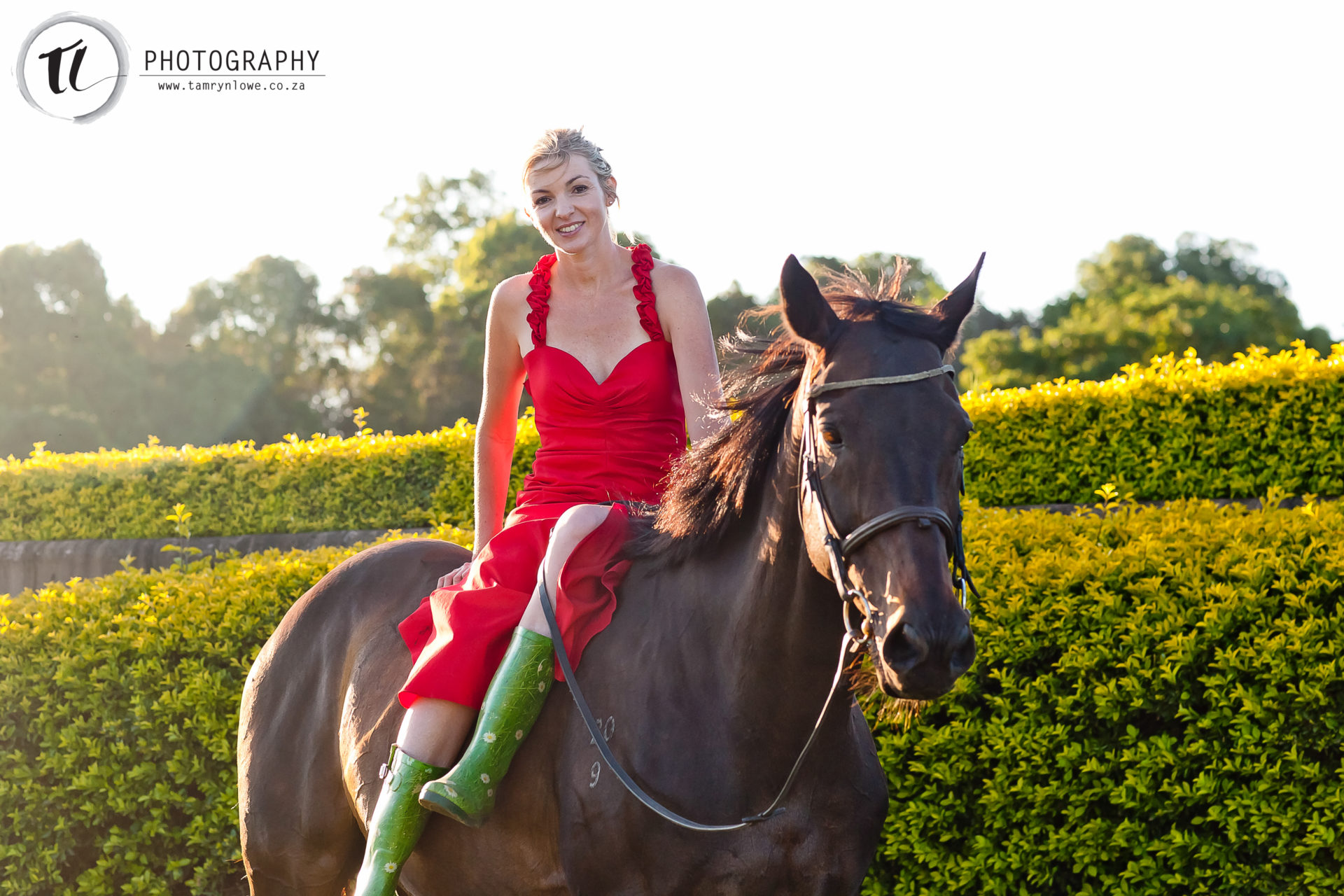 We moved further down the property away from the stables and tried to see if he was happier here… He wasn’t… I couldn’t understand this… Then I asked Caity if he had been fed yet.. well he was midway through his dinner when Caity went and fetched him! Now everything made sense! Considering he was pulled away from his food I actually think he behaved darn well on this shoot! I’m sure I would have made a much bigger performance if someone took me away from my food to make me pose for pretty pictures!!

I can’t say Long Ago was any more impressed about being away from his dinner than Irish was! On our previous shoots Long Ago couldn’t stand still because he was constantly asking Caity for kisses. This time not only was he not asking for kisses, but a few times he just turned his head away when Caity tried to give him a kiss!

He also made it pretty clear that he was hungry by making sure he was grazing 90% of the time instead of posing with Caity! 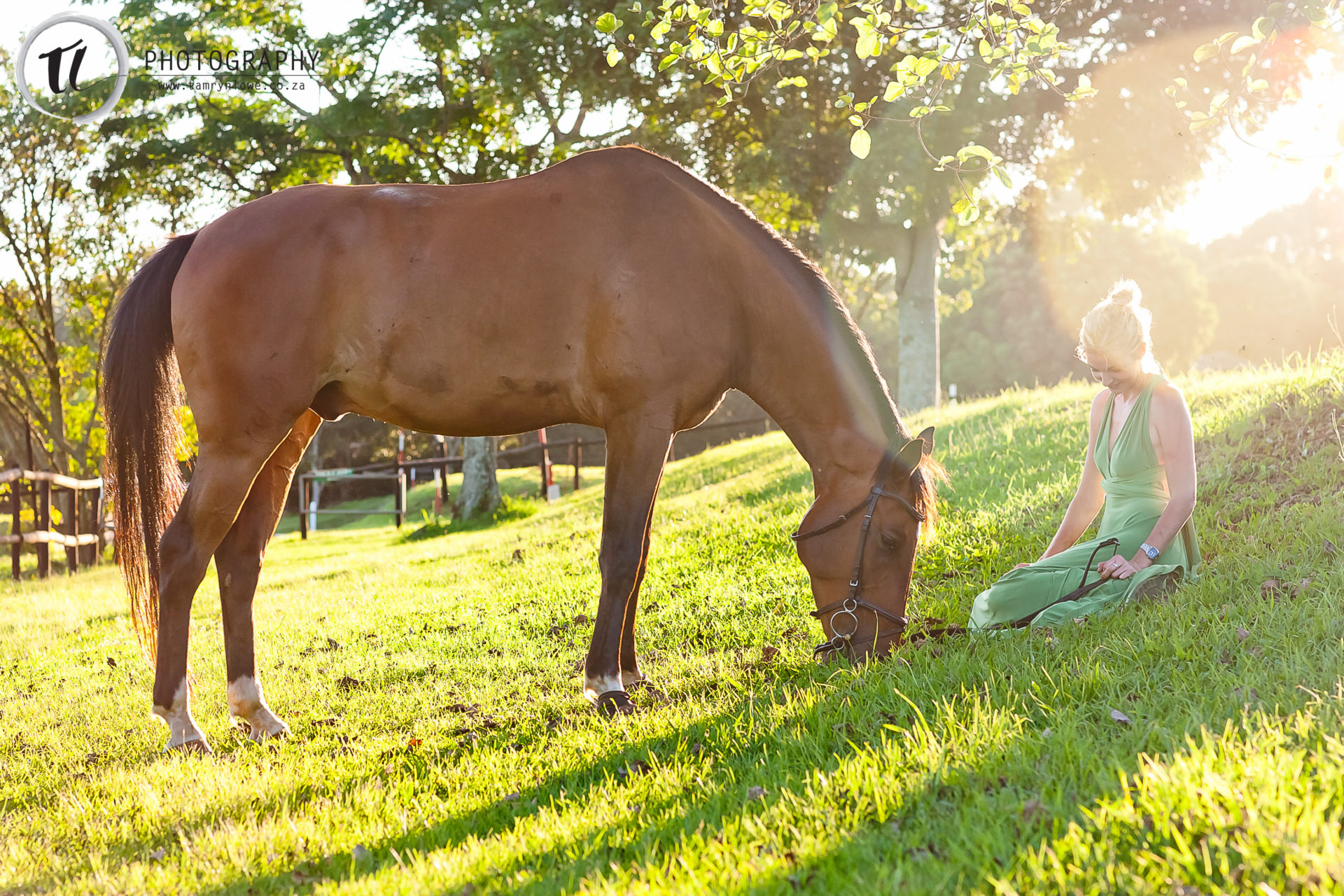 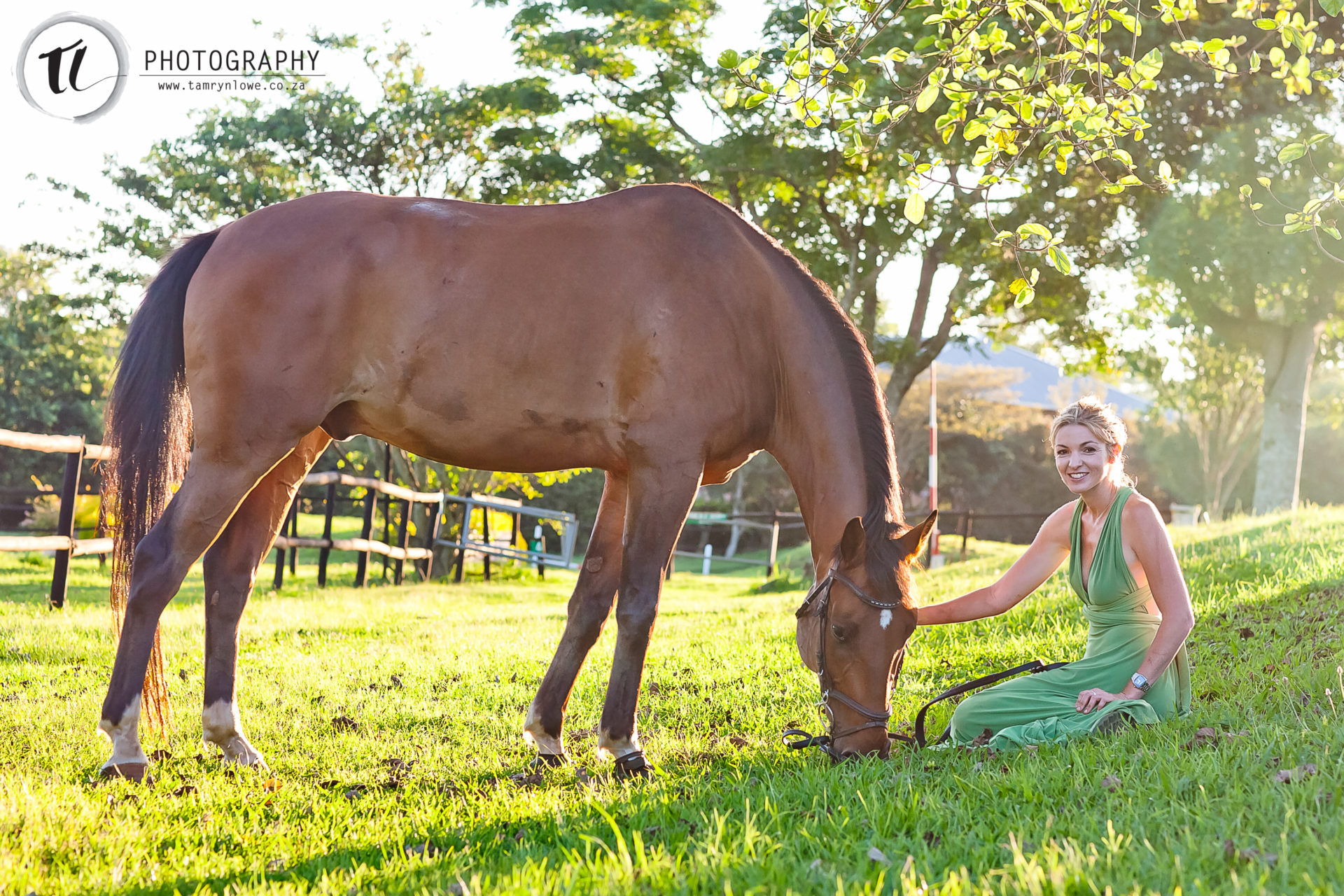 We took him down to the one paddock and besides stopping in one spot on the way down, we stayed in the paddock and shot as quickly as possible so he could be returned to his stable and his food. 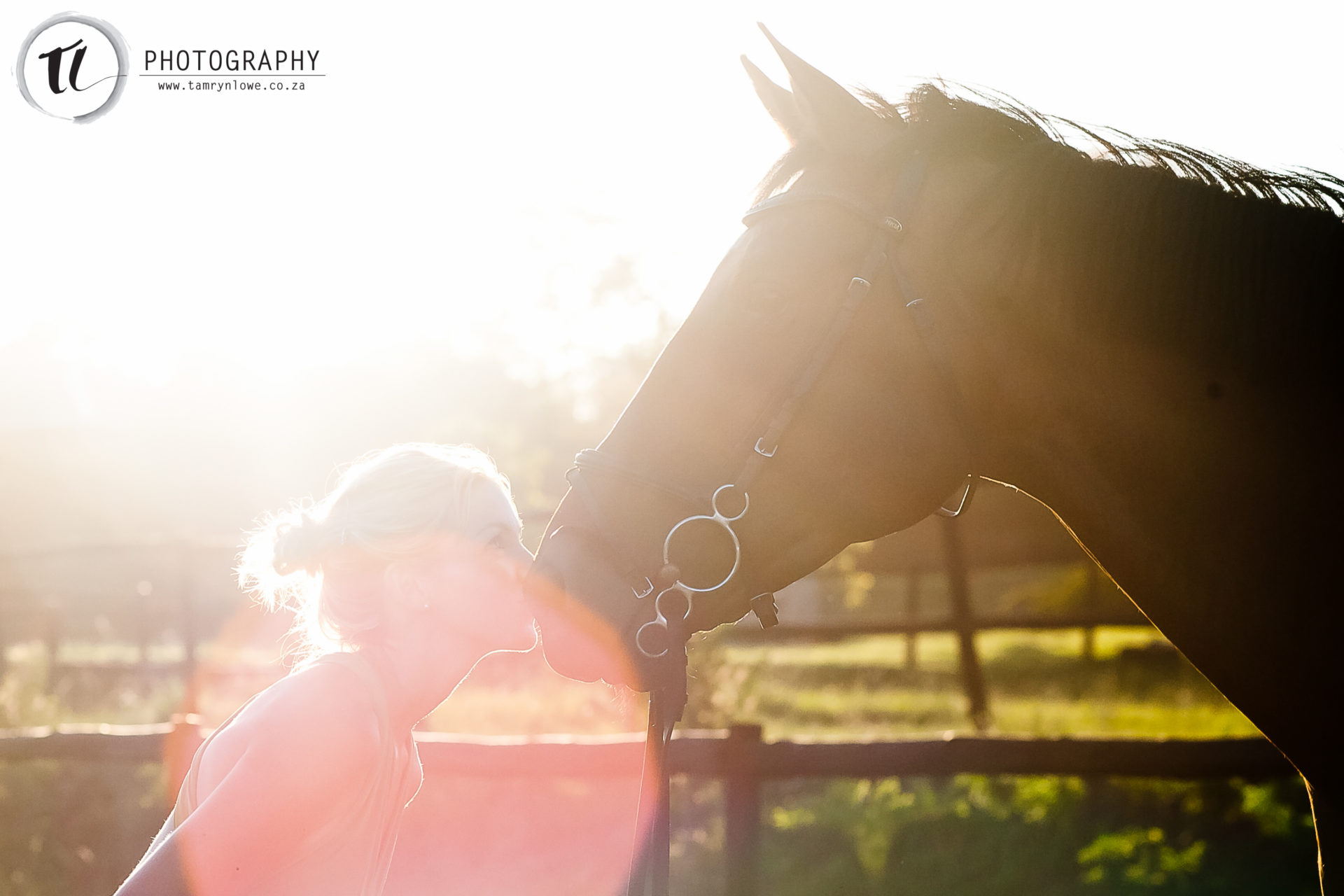 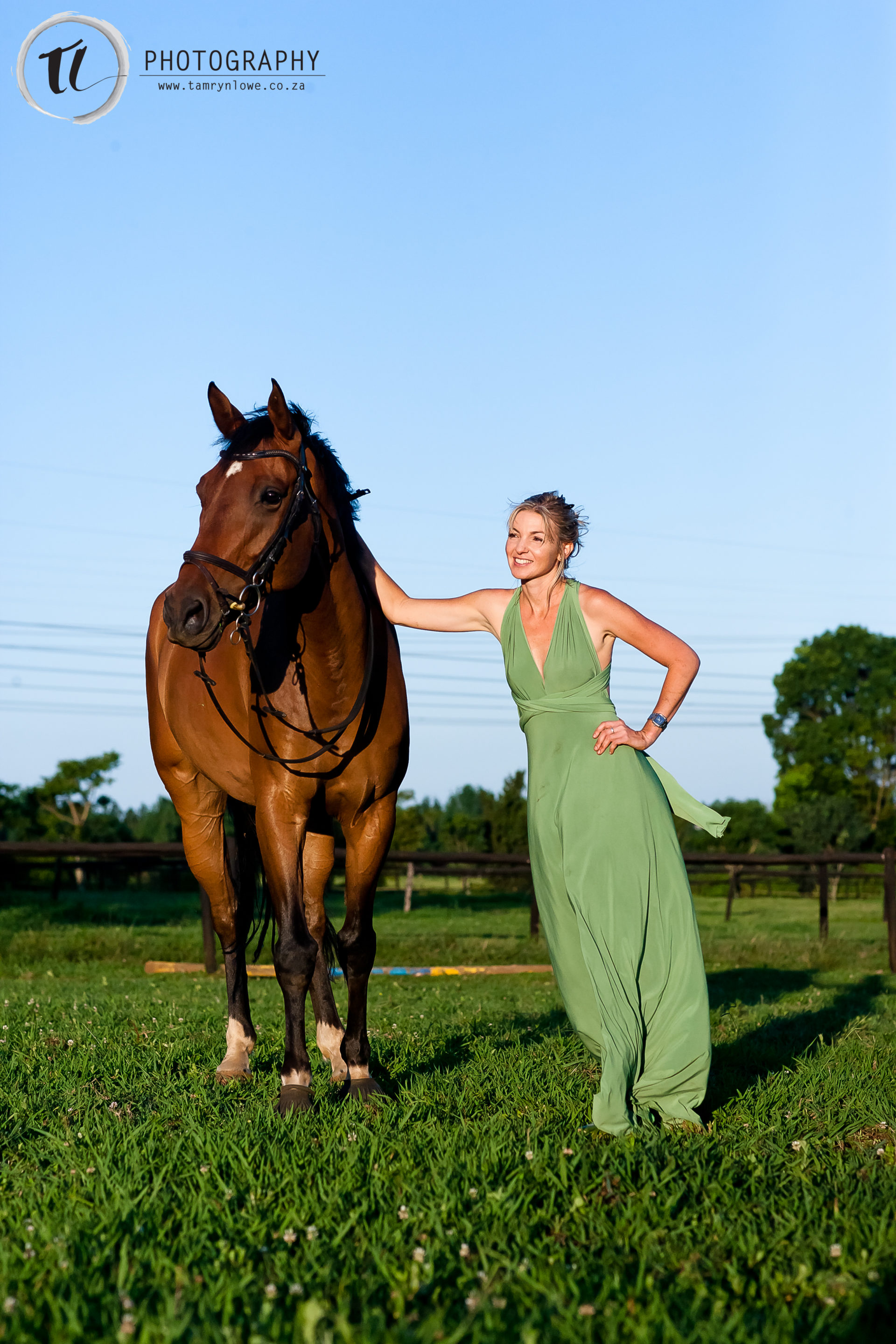 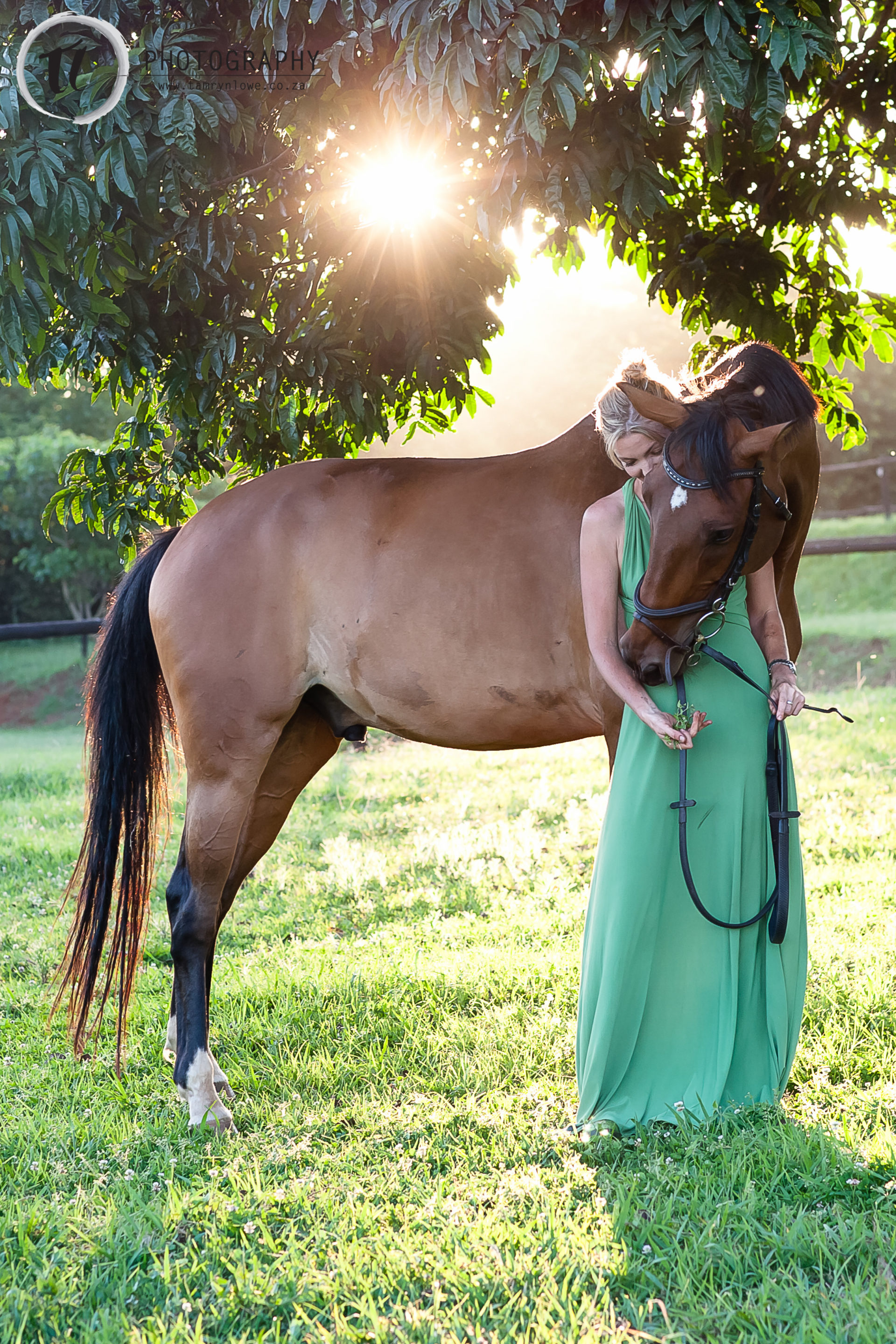 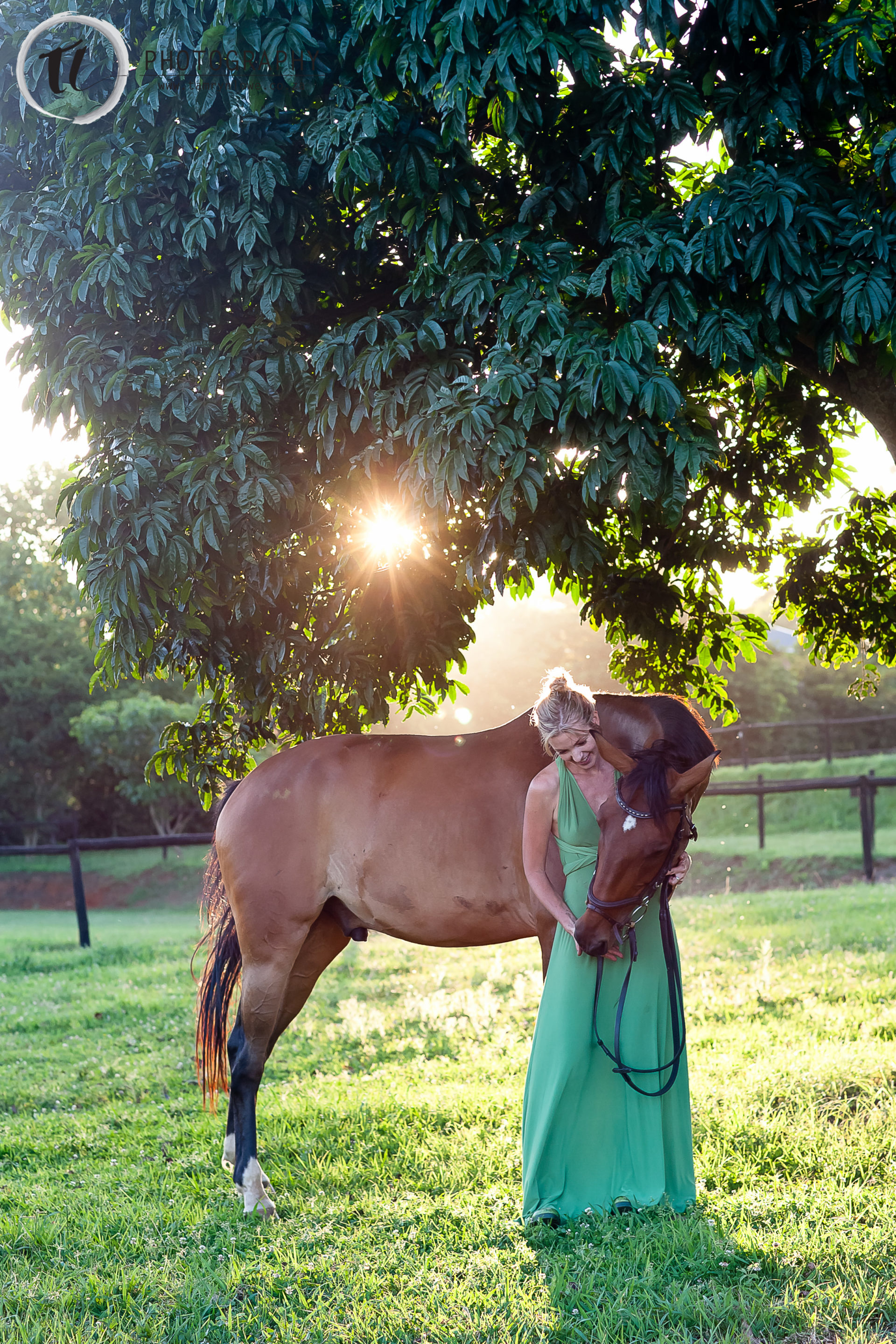 Judging by the dirt all over Caity and on her dress I think we have proof that trying to photograph hungry horses is not the easiest task! 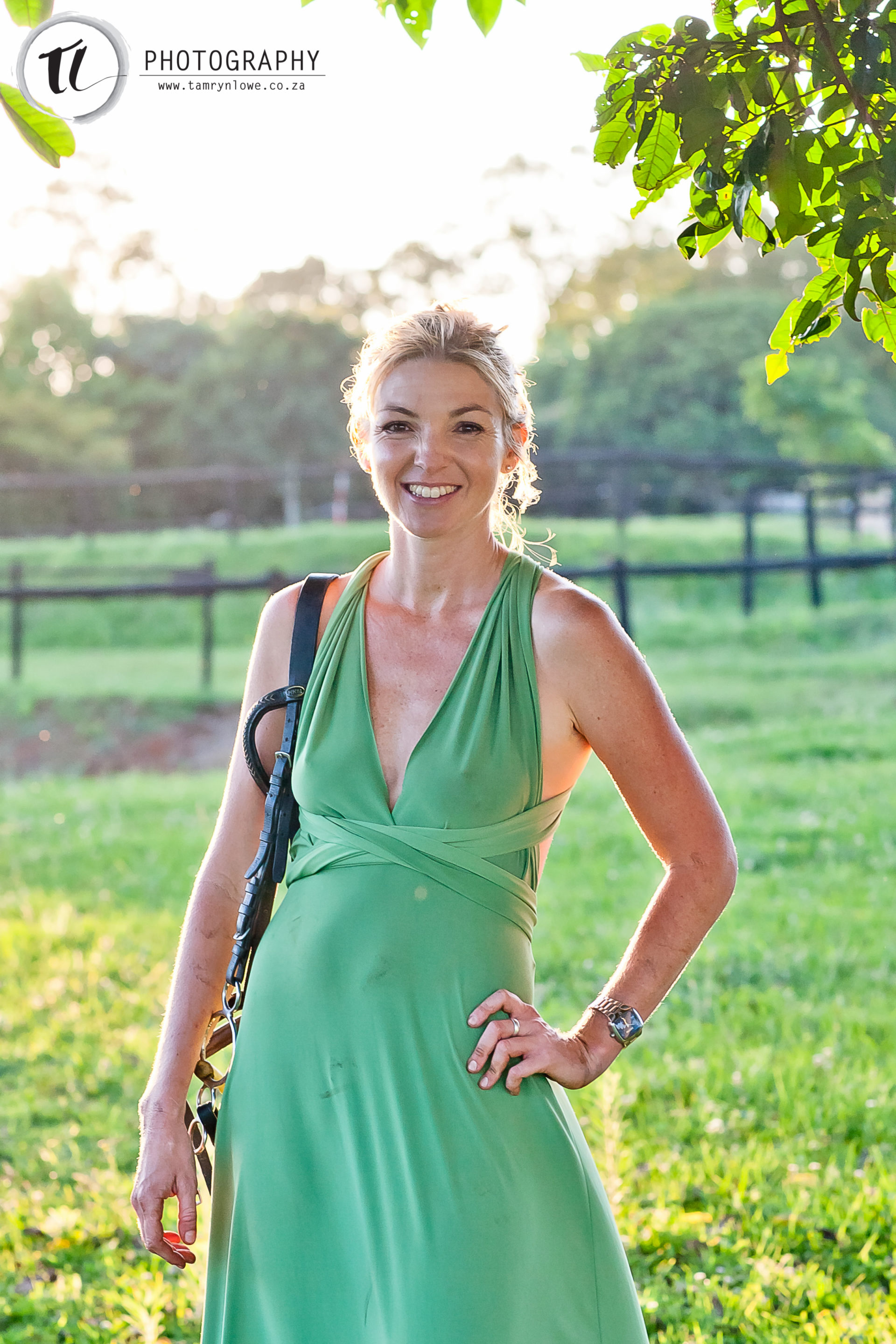 … Although they do make for some pretty pictures when you eventually leave them to have a snack! 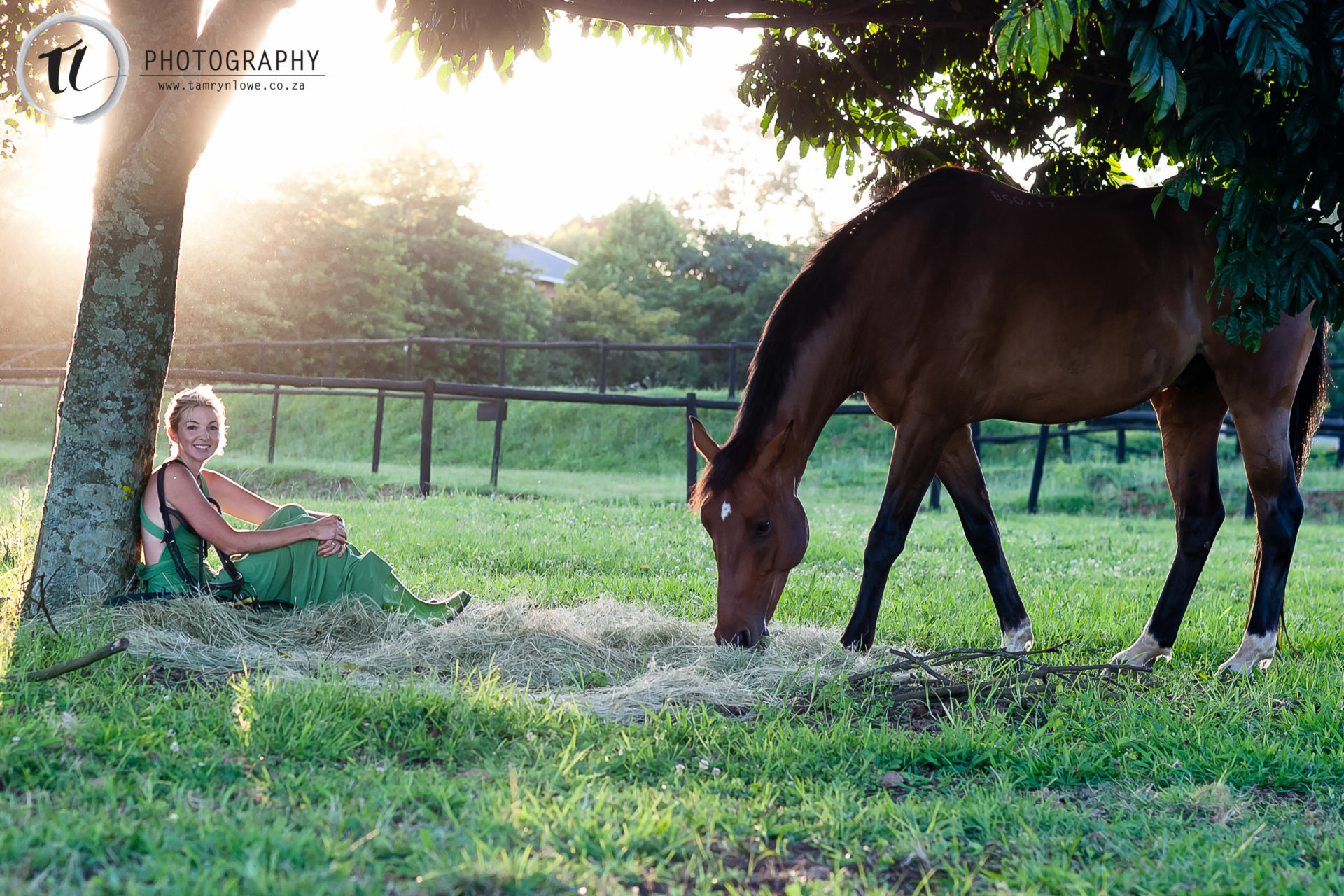 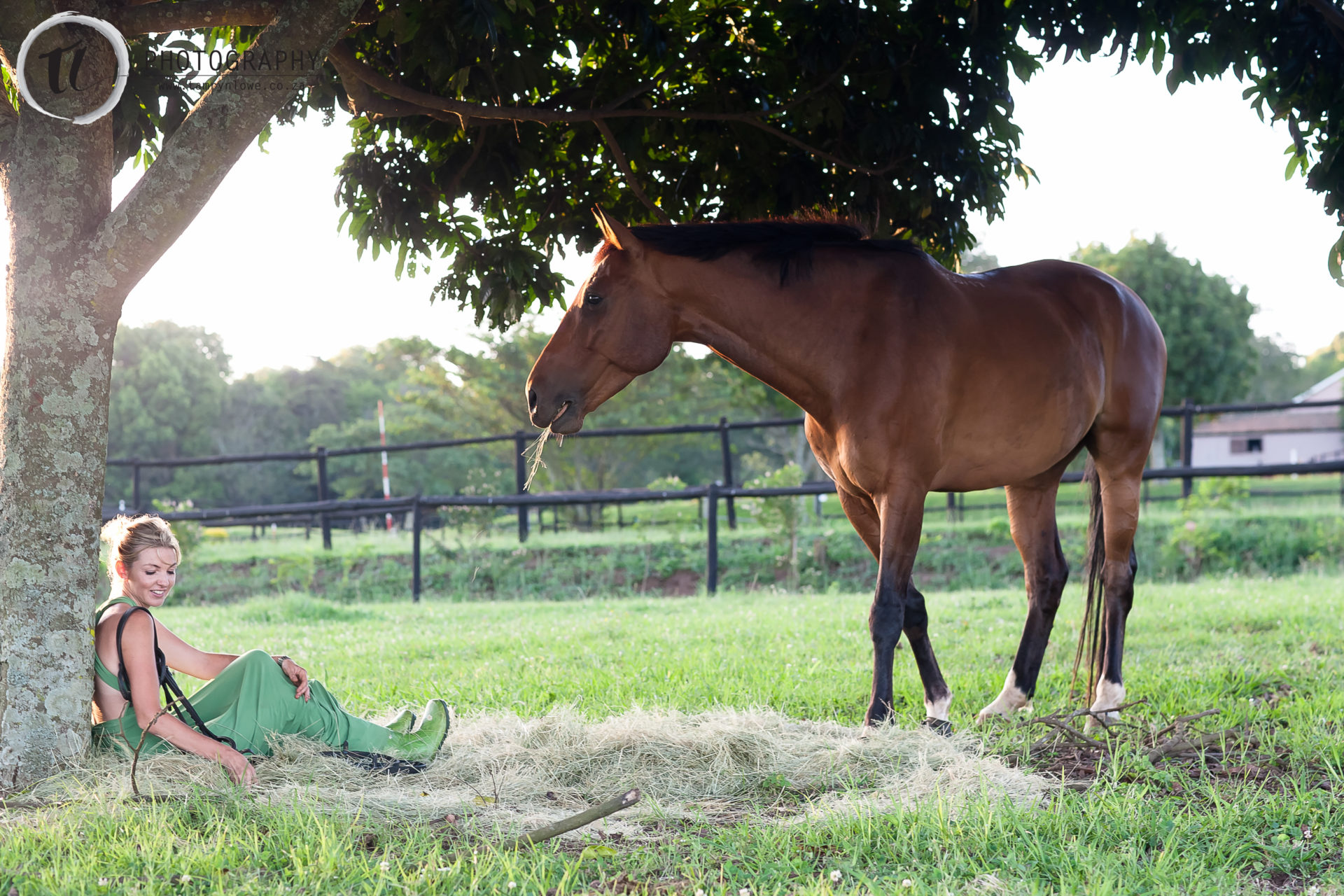